In November of 1986, the spiritual needs of the people of Charlotte County grew to demand that a chapel of ease be established as an extension of St. Charles Borromeo Church. Masses were offered on a seasonal basis during the first year and were offered weekly during 1988. The location of Port Charlotte High School auditorium was found to be most suitable.

In June of 1988, following the procedure for establishment of new parishes, it was announced that the chapel of ease in the Murdock area would be elevated to regular parish status in the fall. On November 18, 1988, Bishop John Nevins of the Diocese of Venice established the Parish of St. Maximilian Kolbe and announced that Fr. Mark L. Heuberger would be the founding pastor effective December 9, 1988. Fr. Heuberger was officially installed on January 8, 1989, by the Very Rev. Neil Fleming, E.V.

In April of 1989, a Parish Advisory Committee was formed. The principal task before them was to offer input and direction for the Religious Education Programs within the parish. A Director of Religious Education was hired on June 1, 1989. The second major task the Committee faced was the financial direction of the parish and the goal for the parish facilities. It was decided to pursue a form of tithing, a method of supporting the parish based on a percentage of income. In January of 1990, St. Maximilian parish initiated Stewardship as the process of financial support and made a decision to save from the regular collection the money needed for a parish building.

On May 14, 1990, the preliminary concept for our parish building was presented to the Planning Board at the Diocese of Venice and permission to proceed was given. On August 14, 1991, the Feast of St. Maximilian Kolbe, the parish held a ground breaking ceremony on Spear Street followed by a block party. It was the traditional turning over of the soil on the property but marked the beginning of the fulfillment of a dream.
The dream became a reality on October 31, 1992, when Bishop John Nevins dedicated our new multipurpose building. The initial year of the parish indicated that there were over 300 families.

In July of 1994, we welcomed Fr. Robert B. Mattingly as our new parish administrator. After a year he was appointed the pastor by Bishop John J. Nevins.
With Fr. Robert’s leadership our parish continues to grow. As of December 1, 2003, we now have over 1150 households registered. Under the guidance of cannon law, a Pastoral Council and a Finance Council were established. We utilize Stewardship as our method of support and we thank the Lord for all the blessings bestowed on this parish. The mortgage on this first phase of building activity will be paid off in May, 2006.

In 1998, the parish formed a committee to study its long range needs. After establishing these needs and working through many difficult proposals, feasibility studies and what was the best for the parish at this time a decision was made to build a new Parish Center, add two new classrooms and provide more storage.

On March 22, 2001, Fr. Bob Mattingly met with the Building and Development Commission at the Diocese of Venice Catholic Center. Shortly after, Bishop John Nevins authorized the parish to initiate phase II of the master plan. The new Parish Center now moved from the “concept” to the realm of reality.

The Ground Breaking ceremony was held on June 3, 2001 and in October of 2002, Bishop John Nevins dedicated our New Parish Center which is a blessing to all of us. The Parish Center is debt free.

St. Maximilian Kolbe Memorial Garden was dedicated on May 27, 2003, and has recently been completed with the installation of the Memorial Plaques and two magnificent angels to watch over and protect the burial place of our deceased loved ones.

On August 14, 2003, the feast of St. Maximilian Kolbe, we celebrated the end of the Building Fund Drive with the unveiling of the Giving Tree. It was promised that anyone who gave $625 or more to the Building Fund would have a leaf on the tree. At this time, there are 364 leaves on the beautiful tree in the Parish Center.

In July of 2006, Fr. Arnold Zebrowski was appointed Administrator of St. Maximilian Kolbe Parish by Bishop John J. Nevins. Father Arnold introduced the Prayer Blanket Ministry and many creative ideas to assist in our various ministries.

In July of 2007, Father Rafael E. Padilla, JCL, was appointed Administrator of St. Maximilian Kolbe Parish by Bishop Frank J. Dewane. At the bishop’s request, Father Padilla began a Mass in Spanish on Saturdays at 6:30pm to serve the Hispanic community in Port Charlotte and the surrounding areas. In response to the need of the community at St. Maximilian Kolbe, Father Padilla established a Youth Mass on Sundays at 5:30pm. Father Anthony Hewitt, JCL, is the celebrant of the youth Mass and the coordinator for the youth.
On December 3, 2007, Father Padilla instituted Monday adoration of the Blessed Sacrament with Benediction at 6:30pm.

In conjunction with the Respect Life, Council of Catholic Women, Knights of Columbus Women’s Auxiliary, and numerous parishioners, Father Padilla undertook the renovation of Our Lady’s Garden to the Unborn. The dedication of the mentioned garden took place on December 12, 2007. A tombstone to the unborn children was already present in the garden, however, since Our Lady of Guadalupe is the patroness of the unborn, it was decided to replace the existing statute with hers; the existing statute was transferred to the main entrance to the church. The area was landscaped and a walkway laid for wheelchair accessibility. New benches were added for private prayer and meditation.

On January 11, 2008, under the leadership of Father Padilla, the Society of Saint Vincent de Paul St. Maximilian Kolbe Conference opened its doors. The mission of the St. Maximilian Kolbe conference is to assist individuals with payment of past due rent and utility bills and to provide food to those in need.

The celebration of St. Maximilain Kolbe Parish included talks, family day, dinner and a Mass with Bishop Frank J. Dewane. There were talks given by past pastors,by newly assigned parochial vicar, Fr. Zenon Kurzyna and of course by Fr. Teófilo Useche about the parish and it’s history. On Saturday, November 16. 2013 a family day was planned with games, food and pinatas. and folklore dancers came to entertain the parishioners in the evening. On Sunday the Mass was celebrated with Bishop Frank J. Dewane with a luncheon held in the courtyard following the Mass. All of St. Max gathered together to help prepare the food, serve the food and of course sit down and share a meal together. Following the luncheon there was a concert offered by Mauricio Lomonaco in the church and then dancing and snacks followed in the Parish Hall. The celebrating ended with morning Mass on Monday, November 18, 2013 and breakfast was served and shared by many.

Fr. Teófilo Useche continues serving the parishioners of St. Max. For the first time in St. Max’s history, the parishioners fulfilled their pledges and the Catholic Faith Appeal was paid in full and the parish exceeded the amount by $11,000.00.
St. Maximilian Kolbe is based on stewardship and individuals sharing their time, talent and treasure. This is a perfect example of a parish family working together for the common good. 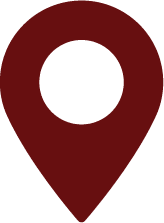 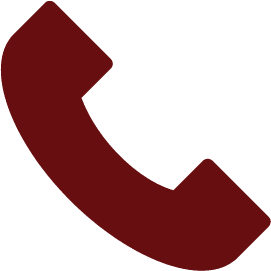